Frugality and minimalism are sometimes thought to be opposites. How can you save money if you don’t stock up on sales? How can you keep minimal possessions without spending extra when you need to buy something you got rid of last month??

BUT there are a lot of places where they overlap.

In fact, I’d argue they are more similar than they are different. Only at the extreme ends of each spectrum are they opposite. In the middle they share many features.

Read about what is the opposite of minimalism?

Other frugal minimalist blogs out there talk about how frugality and minimalism are alike.

Of course everyone is going to identify at a different place on the spectrum, but there is more overlap than not! You might even find yourself moving back and forth along the continuum depending on what’s going on in your life!

You might also not feel like you’re on the frugal minimalist spectrum at all. That’s ok too. There are all types of people and it’s not necessarily better to be a frugal minimalist than not. However, this blog is for those who really relate to that term.

From my perspective, frugality and minimalism can exist separately, but they can also coexist on a spectrum, with extreme frugality on one end, and extreme minimalism on the other.

Where are you right now? Have you changed over time?

What is a frugal minimalist?

It’s a person who combines both frugality and minimalism into their life, whether intentionally or not.

Minimalism is about owning less. Frugality is about spending less.

Frugal minimalist living is basically the same as simple living

Simple living is generally simplifying your life by owning less and being more self sufficient (“don’t buy, DIY!”). It’s about being satisfied with what you have vs focusing on what you want.

A frugal minimalist spends money that aligns with their goals. They’ll spend money based on VALUE, rather than cost. They would likely realize that spending an hour to save $1.50 isn’t worth it, because they place value on their time.

Minimalism is about the number of possessions to a degree, but it’s so much more than that.

It’s a whole mindset of minimizing distractions, minimizing what doesn’t matter to make room for the things that do matter. Things meaning more than just physical objects.

‘Things’ can include possessions, thoughts, people, habits, etc. You can minimize anything that isn’t helping you get what you want out of life.

An extreme minimalist might want to simplify their grocery shopping routine so much that they never look at prices and always just buy what they have planned for dinner, regardless if it’s on sale or not.

They don’t want to spend any mental energy to save money.

A frugal minimalist is in between these two extremes.

They want to buy less AND spend less when they do buy something.

They aren’t afraid to spend more, if it provides higher value. Ie: buy 1 pair of high quality winter boots that will hopefully lasts years vs. buying the cheapest boots you can find that might only last 1 season or less.

They’d have a few pairs of high quality footwear, rather than 20+ pairs of cheap shoes, none of which are quite right.

Is frugal the same as cheap?

I think a lot of the confusion of a frugal minimalist comes from the confusion between frugal vs. cheap. If you think frugal and cheap mean the same, then it makes sense why frugality and minimalism seem so opposite.

Frugal actually refers more to saving money wherever possible so you have the money to spend on things that matter. In that way, frugality and minimalism are very similar.

Cheap means to spend as little money as possible no matter the outcome. Cheapness is actually pretty short-sighted as buying cheap things tends to cost you more in the long run.

Or cheapness might allow you to save the most money possible, but miss out on enjoying some things because they cost money.

Read more about frugal vs cheap

To put it shortly: minimalism can save money, but it doesn’t automatically save money.

Most pure minimalists aren’t particularly focused on saving money. There are many examples of how minimalists spend more money in pursuit of getting what they want.

That being said, there are plenty of examples of how to use minimalism to save money if you want it to.

The main example is buying less!

Minimalists want to own less stuff, and one way to own less is to buy less. Buying less, and especially not buying anything you don’t need, is a great way to save money!

A frugal minimalist person’s mindset is positive, or at least accepting of what they have:

They avoid negative thought patterns such as:

Instead of having expensive hobbies that require owning special equipment/”things”, common hobbies include:

A frugal minimalist enjoys the life they are living or at least what they’re working towards. Some of their leisure time is spent on earning extra money or saving money with DIY, for example.

Buy what you need. Use it. Care for it. Be content with it.

Who is a frugal minimalist? Here are some examples to help you identify them:

A really frugal person might buy only the food that’s cheapest and on sale.

A minimalist might buy whatever food they want, no matter the price.

If you’re interested in more info about what a minimalist diet looks like, read my article about it HERE.

Frugal minimalist living is somewhere in the middle.

They probably watch the sales and know that they can go without a food for a week and get it on sale next week or just substitute it for the next best thing. They’re generally pretty flexible but still want to buy quality food. The recipes are likely to be simple, healthy ingredients with simple instructions.

A frugal minimalist home is humble but comfortable. They try to keep the clutter down and not have too many possessions. The possessions they do have are a good mix of free, thrifted, DIY, and found on sale.

The aesthetic can vary from a classic minimalist Scandinavian vibe, to a frugal minimalist hippy eclectic vibe. Really anything goes as long as it’s comfortable for you!

Frugal minimalists use libraries. You get to read books for free, and don’t clutter your house with them.

Frugal vs minimalist when it comes to books:

A frugal but not minimalist person might still accumulate books as gifts or bought inexpensively and end up with too many.

A minimalist but not frugal person might get rid of all physical books and replace them with digital books. This is just one form of digital minimalism.

I’m always a fan of Kindle or audio books to keep my life more simple and less cluttered. If this is you, get a 30 day free Audible trial or 30 day free trial of Kindle Unlimited.

A frugal but not minimalist person might spend hours finding coupons and deals and shopping around to stock up on non-perishables for nearly free.

A minimalist but not frugal person might get their groceries delivered to save time and simplify the whole grocery routine. They might even get meal kits delivered so there is no meal planning to do at all.

A frugal minimalist will find somewhere in between that suits their needs. They likely won’t spend tons of time to save every penny possible. They might even pay a bit extra for some convenience (though not at the risk of their budget).

Find out if couponing is even really worth it.

Frugal Minimalists are conscious consumers. When gift giving, they tend to want to incorporate their values into the gift as well. I made a guide to help you with some frugal minimalist gift ideas HERE.

An extremely frugal person might trade lots of time for money.

A minimalist might trade lots of money for time.

The best solutions save both time and money! ie: cutting your hair at home

Clothing is a great example of where frugality and minimalism go hand in hand. Buying fewer clothes of higher quality saves money in the long run!

A frugal minimalist will not have too many clothes and the clothes they do have are mostly timeless. Most of the clothes were bought on sale or secondhand. Many items might even be hand-me-downs or from a clothing exchange!

A strict minimalist likely has very few clothes, maybe even a capsule wardrobe. They are likely timeless, high-end investment pieces.

A very frugal person focuses less on how many clothes they have, and more on how much was spent. They may love thrifting and end up with an overflowing closet if they’re not careful!

Buying less stuff is obviously minimalist. You want to limit the amount of things in your house, so you buy fewer things, less often.

Buying less is also quite obviously frugal. The less you buy, the less money you spend!

For it to work, the mindset needs to be in a place of choice, not necessity. If you constantly feel deprived because you gave up too many things, or you won’t allow yourself any fun with your money, it’s not a sustainable choice. You’re likely going to go out and splurge on something and blow the budget!

If this happens to you, you’re being too restrictive! Give yourself grace! There is no need to live in the extremes.

Frugal minimalism both takes privilege and provides it

Frugality and minimalism as a choice can be done by virtually anyone who wants to.

Feel gratitude for all the privileges you have. If you’re reading this right now, take a moment to feel grateful for having access to the internet. A privilege that BILLIONS of people still don’t have.

Frugality and minimalism work soooo well together when you set your life on a base of gratitude and respect for what you have.

These attitudes will help you feel like you have enough, even if you have little.

Frugality and minimalism are gifts you can give to yourself to take control of your financial future and live a life that more closely aligns with what you want.

Do you consider yourself a frugal minimalist? Leave a comment to let me know where you fall on the scale between frugality and minimalism!

4 Comments on Your Guide to Frugal Minimalist Living 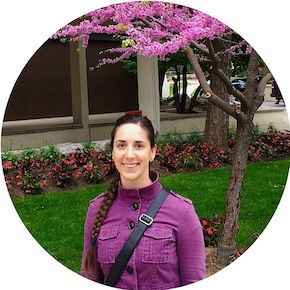 Minimalist Gifts For Her This Year Minimalist Gift Ideas For Him